After Tonsillectomy – When do scabs fall off?

One of the most common questions I get from tonsillectomy patients is about scabs. In particular, people want to know whether their throat looks normal. Some folks get downright obsessed with their tonsillectomy scabs. It’s almost like loosing a tooth- the tongue just can’t seem to stop exploring the new space created. And so it is for patients recovering from tonsillectomy. I personally never cared to look back there, but I think I was the exception. 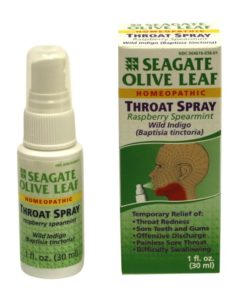 I’ve seen many tonsillectomy scab pictures. Everyone heals differently. Sometimes the scabs are white, like the ones shown here. Sometimes they take on a more greenish color. It’s also quite common for the uvula to swell considerably, especially in the first few days following tonsillectomy. All of this makes it difficult to swallow, but it also makes it very important to swallow. Using those throat muscles helps speed recovery. Drinking cold liquids and sucking on ice cools the tissues and reduces inflammation. That’s two wins!

With special thanks to the young lady who contributed these tonsillectomy scab pictures, I present the following: One example of how the throat can look on day 1, day 2, day 3, day 4, day 5, day 6, and day 7, post tonsillectomy. Feel free to comment or ask questions at the bottom of the page.

Usually between days seven and ten, it’s common to see tonsillectomy scabs falling off.  As the tonsillectomy scabs are coming off, some bleeding is common.  Gargling with cold water will usually stop the bleed.  If it does not, seek medical attention. I’ve read that about 5% of tonsillectomy patients have bleeds that require treatment.  It usually happens in the first day or as tonsillectomy scabs coming off tear the tissue.  Don’t try to “help the process along,” by poking at or rubbing the scabs.

Did you take your own pictures of your tonsillectomy scabs? I’m always trying to add to the resources for other patients. If you have good quality photos of your throat as you recovered from tonsillectomy, connect with me on Facebook: Tonsillectomy Resources Support Group